Jupiter bearer of the aegis

Jupiter bearer of the aegis

In the painting “Jupiter bearer of the aegis” by Carla Roselli Jupiter Zeus, the king of the gods, son of Cronus, is depicted. 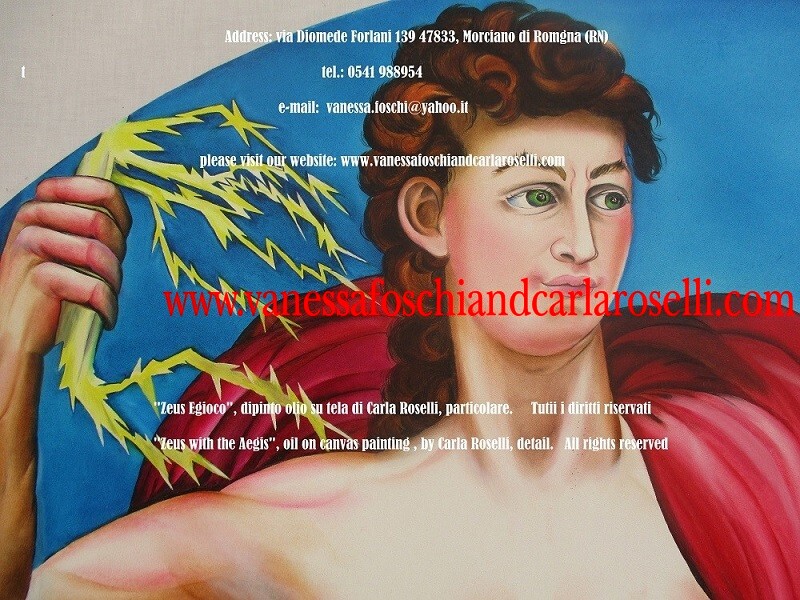 He is caught in the act of defeating one of the Giants, children of the Earth, Mimante the destroyer. The Giant could imitate any form and take on any aspect he wanted (Euripides, “Ion”, v. 2015). Zeus first paralyzes him by shaking the “tremendous aegis, garnished with flakes”, then pierces him with the huge thunderbolt. Finally he burns it and reduces it to ashes.

KING OF THE GODS

The king, also called by Homer the “gatherer of black clouds”, is the lord of the storm, dangerous, sudden and flaming. From him come the celestial seeds, the drops of clear rain, which the earth receives. Thanks to them, brilliant crops and happy shrubs are generated, the soul and life of all animal lineages. (Lucretius De rerum natura II, 991) 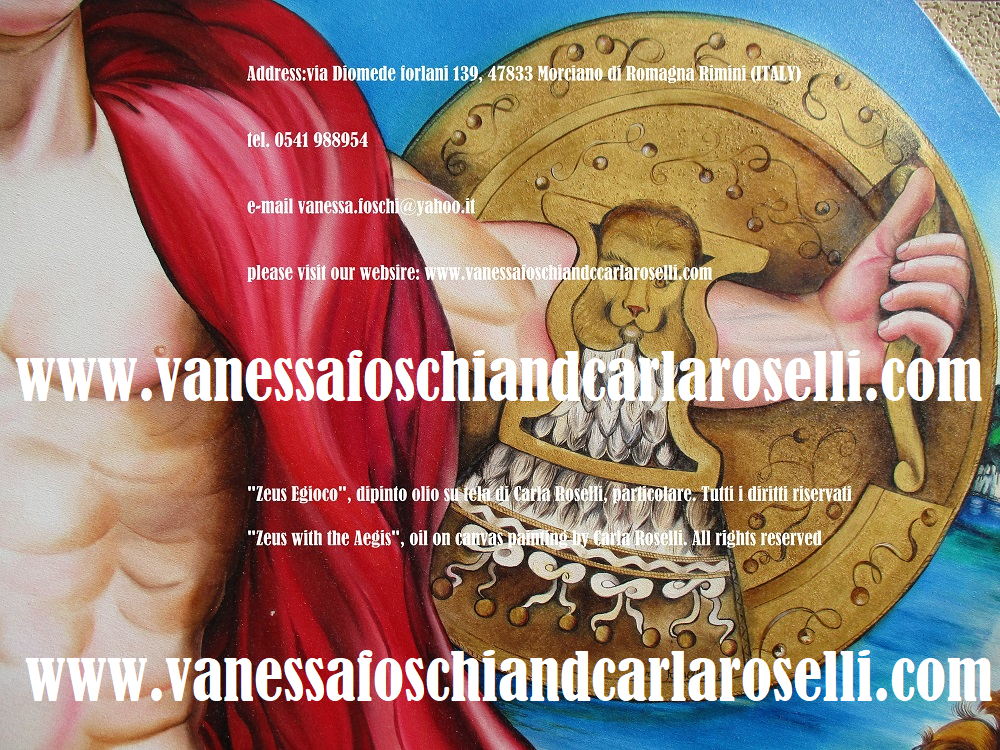 LORD OF THE STORM

The sovereign, also called by Homer the gatherer of black clouds, is the lord of the storm, dangerous, sudden and flaming. In his hands he wields the power of lighting (Sophocles, Oedipus the King, parodos).

From him come  celestial seeds, the droplets of clear rain, which  Earth receives. Thanks to them, brilliant crops and happy shrubs are generated, the soul and life of all animal lineages. (Lucretius, De rerum natura II, 991).

The painter Carla Roselli was inspired by the Aegis, the shield that inspires terror; with it the god spreads thunder, lightning and swirling storms; it is all decorated with bows and fringes (Homer, Iliad); some say that it was created with the skin of Amalthea, the nurse goat of Zeus, the god “with a great roaring voice”. Just shake it slightly to instill panic even in the soul of seasoned warriors. Often Athena, Zeus’s favorite daughter, borrows her (Homer, Iliad). According to Ares, the bloodthirsty god subverter of walls, ruin of mortals, the predilection arose from the fact that the father of gods and men had generated Pallas Athena alone, without female intervention (Homer, Iliad, V).

Sophocles (Antigone, II° stasimon) thus sings it “Power that Sleep, enchanter of all men, never takes, nor wears out the tireless divine months, sire who does not age over time, you possess the dazzling splendor of Olympus”. 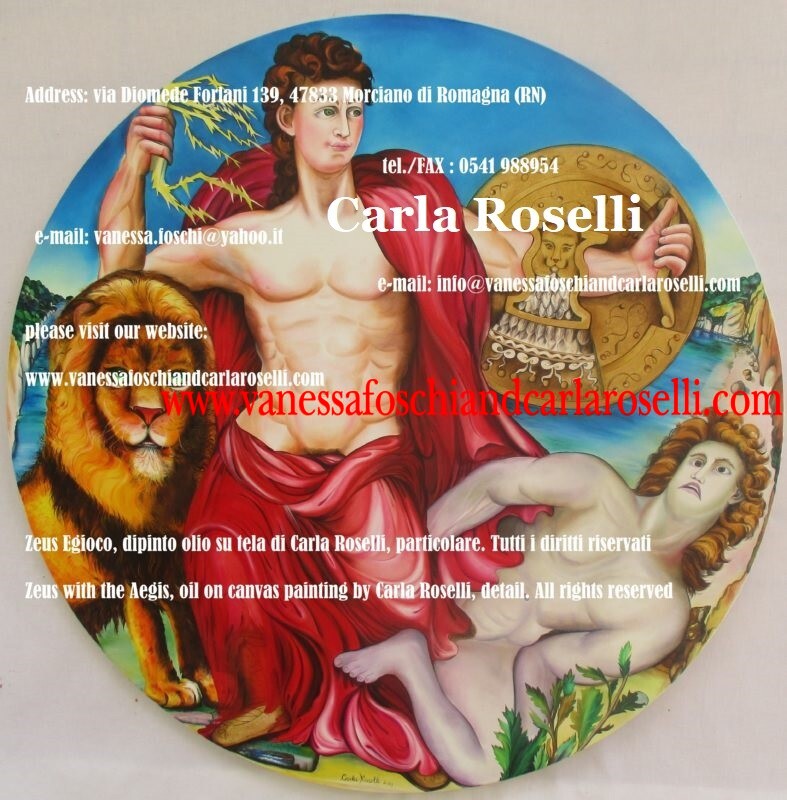 Others maintain that Zeus, son of Rhea, killed her goat and put on her skin; then he used the horns to make an arch and that is why a certain place in Crete was called Aigidokon (gift of the goat), according to Euphorion (Scholia Palaia en te Iliada, II, p. 48).