This painting by Vanessa Foschi depicts Apollo the wolf lord (Lyceus), as Aeschylus sings him at the beginning of the Seven Against Thebes (146). The god was thus invoked in the bitter trial: “And you, king of wolves, become a wolf against the enemy”. 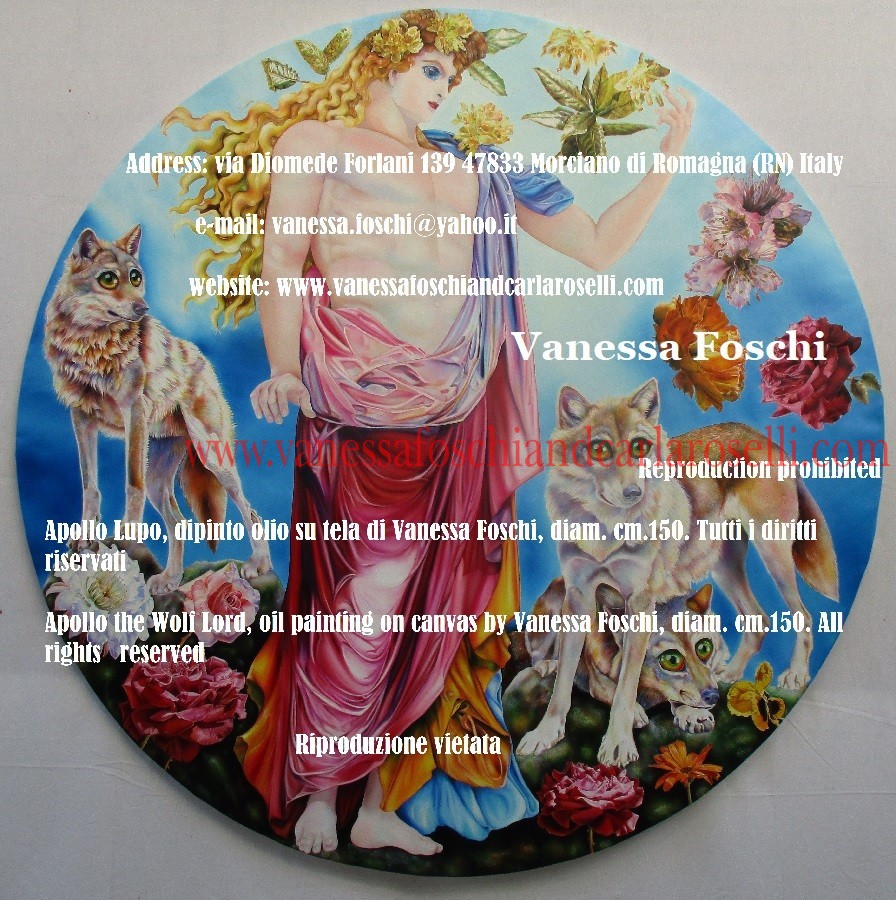 THE CITY OF WOLVES

Macrobius (Saturnalia, I, 40) affirms that the egyptian city of  Lycopolis venerated Apollo Wolf as the sun, because this animal abducts and consumes everything like the sun and with its exceptional view it conquers the darkness of the night. The same wolves (lycoi) would have been so called from lyke, the first light of dawn, because they reserve for hunting especially that moment, in which the flocks are brought out of the stables to graze the grass. Danaus, on his way to Argos, saw a wolf fight a bull and win; for this, when he arrived in that city, he dedicated his vows to Apollo Lycaeus, the ruler of the wolves;in that city there was a temple dedicated to this god (Plutarch, Pyrrus, XXXII). Sophocles (Oedipus the King, parodus) sings it like this: “Apollo, lord of wolves, with a curved bow, vibrating invincible darts”. 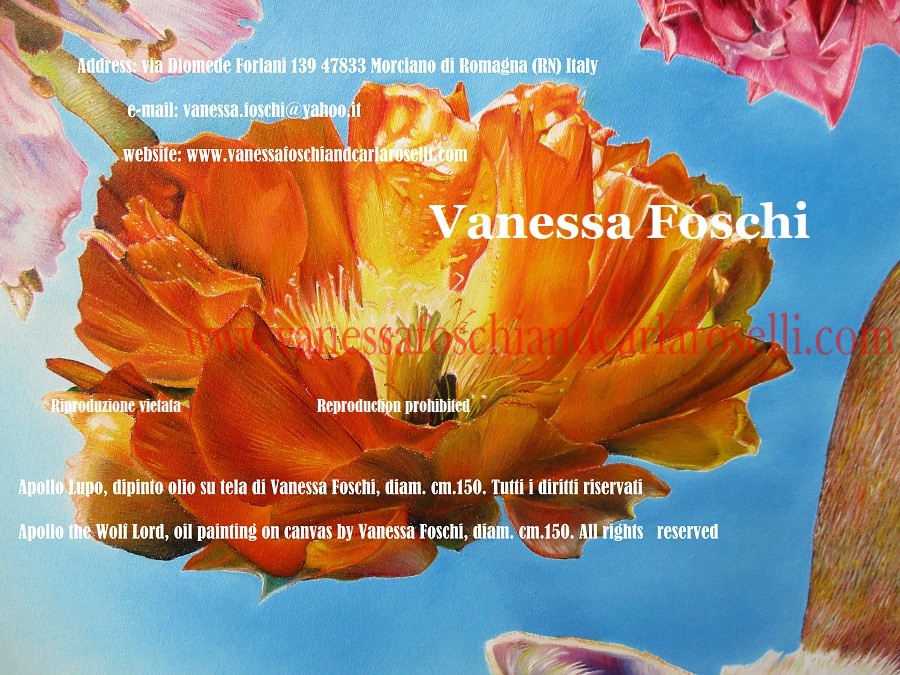 Opuntia flower, detail of the painting Apollo the wolf lord by Vanessa Foschi.

In ancient Rome, however, it was Lupercus who had the task of keeping wolves away from the flock (Varro, De lingua latina, V, 85).

WOLVES, THE SAVIORS OF MEN

On Parnassus there was a place, Lycorea, so called because on the occasion of the flood the men of the vicinity were alerted by  wolves and there they took refuge.

On the slopes of Parnassus rose the oracle of Delphi, which Apollo inherited from his grandmother Phoebe who in turn had received it from the Earth. Apollo, the one who knows the number of grains of sand swirled by  sea and rivers and the leaves that sprout in spring, all that has been and what will be (Pindar, Pythian 9). 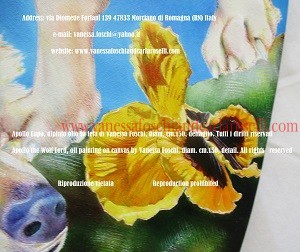 Pansy, detail of the painting Apollo the wolf lord by Vanessa Foschi

THE DISCOVERY OF THE ORACLE OF DELPHI

The discoverers of the oracle of Delphi were the goats. Approaching the chasm, where the temple would later rise, they inhaled its exhalations: immediately they began to emit different voices than usual and to behave in an anomalous way as if they were possessed by a god. The same happened to the shepherds who, under the effect of the gas, fell into the ravine. Therefore it was believed that there was an oracle of the Earth there. In order for it to be possible to access the fumes without danger, the inhabitants of Delphi built a structure in the shape of a tripod on which only one girl would have to climb; one of these, however, was kidnapped for her beauty; so in order not to take risks, they later installed an old one (Diodorus Siculus, Library of  History XVI, 26).

Technique oil on canvas. Painting by Vanessa Foschi , started on July 2021 and finished  in the first days of June 2022. Written by Vanessa Foschi. All rights reserved. E-mail: vanessa.foschi@yahoo.it 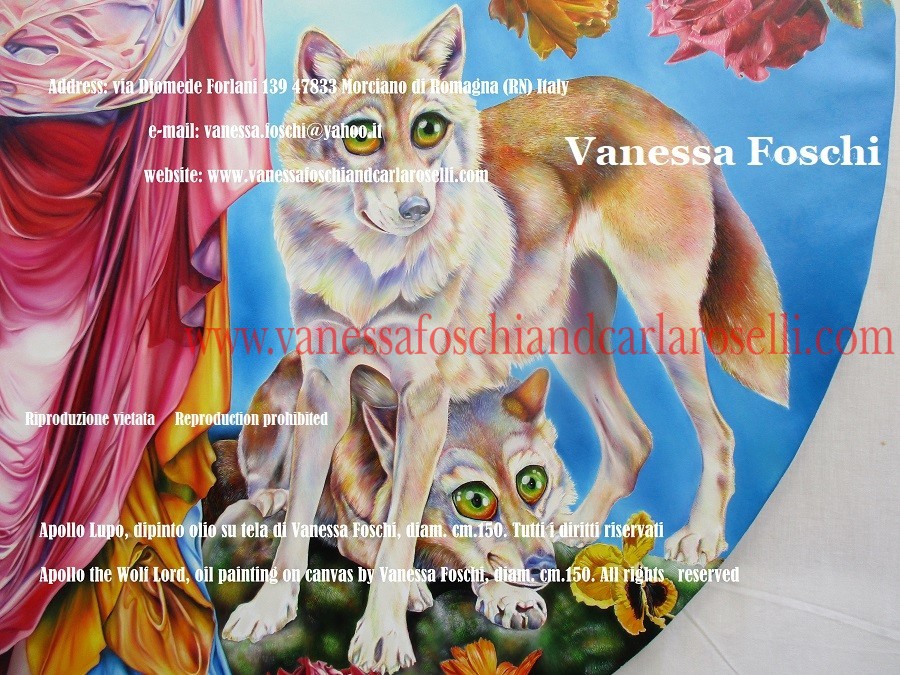 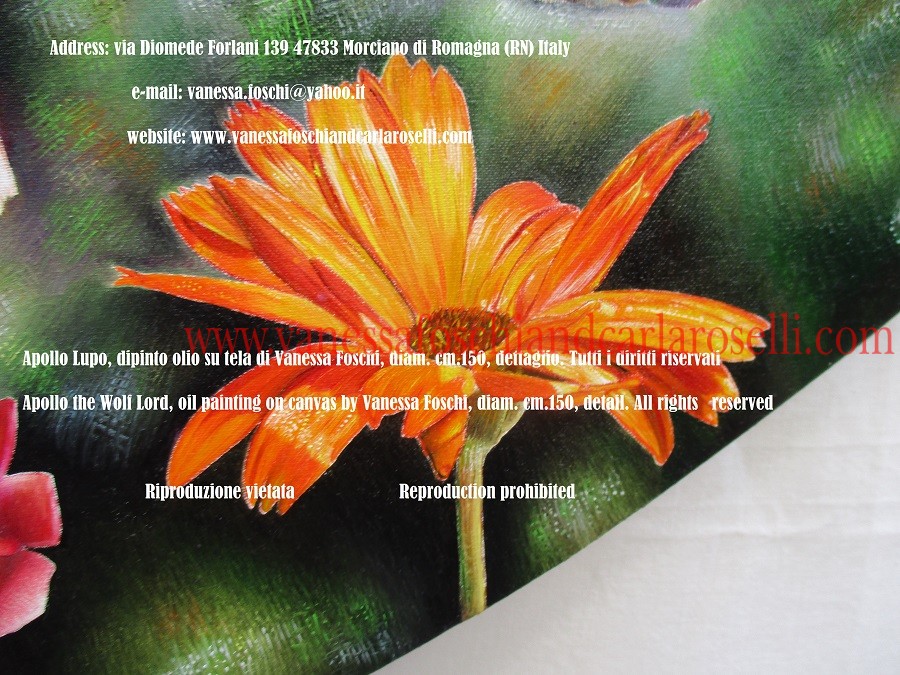 Marigold, detail from the painting Apollo the Wolf Lord by Vanessa Foschi