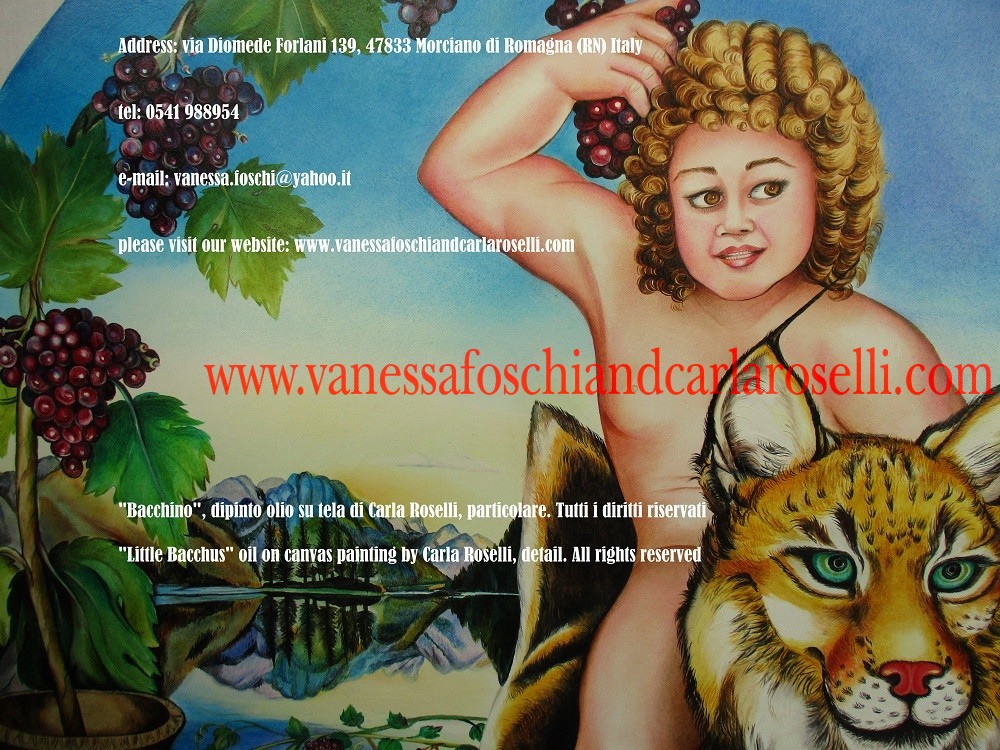 Among the gods, Dionysus/Bacchus was the inventor of wine. According to Nonnus of Panopolis he was inspired by the view of snakes eating grapes. Due to the crushing of their teeth, from their jaws dripped a red frothing  liquid. So he taught men to press the vine’s fruit using a concave stone.

During the indian expedition Dionysus  turned the water of rivers into wine to inebriate his enemies. Although being the bringer of joy and lighheartedness during feasts, he never gets drunk.
In this canvas Carla Roselli paints  the young  god sitting on a lynx. Two golden chiseled vessels filled with wine are in the foreground.

To Bacchus,  Zeus himself, father of the gods, gave birth the second time. He did so after having grafted him in his thigh with golden clasps.

In the course of his conception the wielder of lightning had taken the form of entities tied with the future god; among them were  creatures with fiery blood,  like large cats and the bull; of  them Dionysus was meant to be master and embodiment (Nonnus of Panopolis, Dionysiaca).

With lion’s fangs and claws he overthrew Rhetus, when the Giants tried to climb the kingdom of his father (Horatius, Carmina, II, 19vv.21-24).

Like the fluvial gods, even Bacchus has taurine horns. He, amid the vegetation, quickens the growth of the seeds in the soil. In the same way, like a lens, magnifies the natural drives of the human psyche. 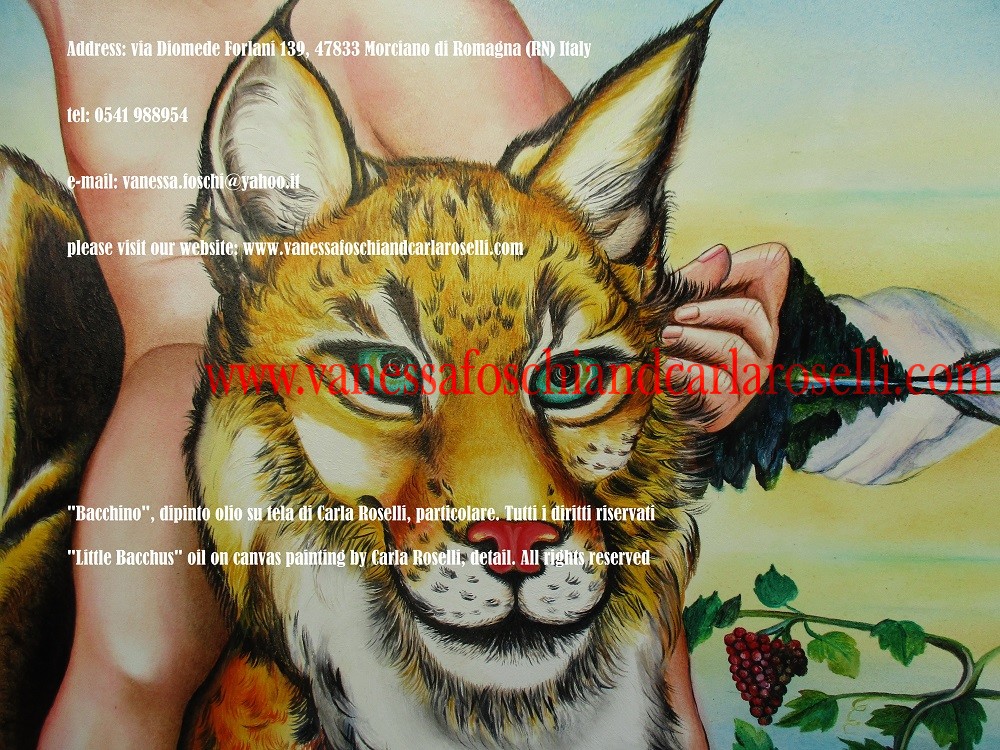 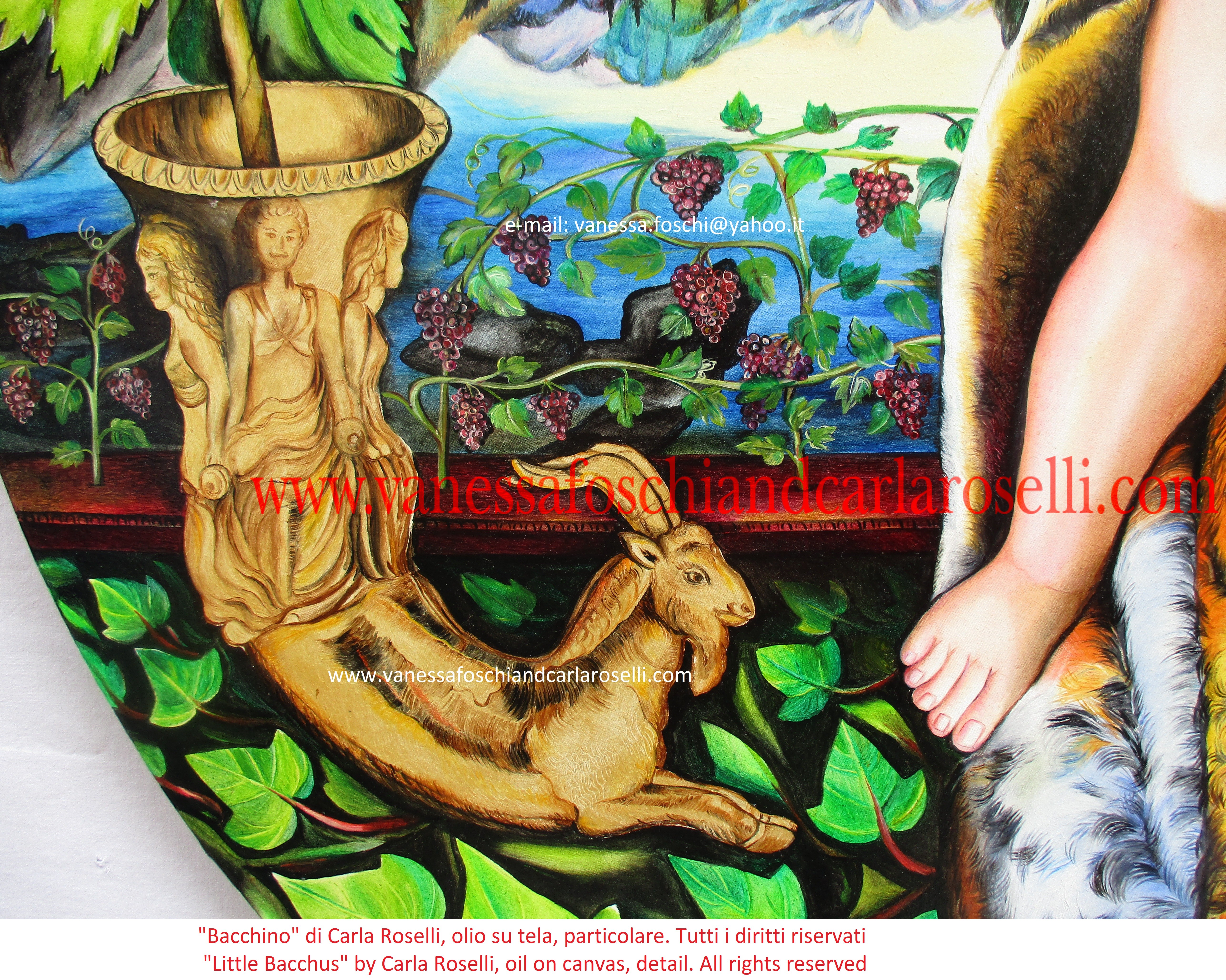 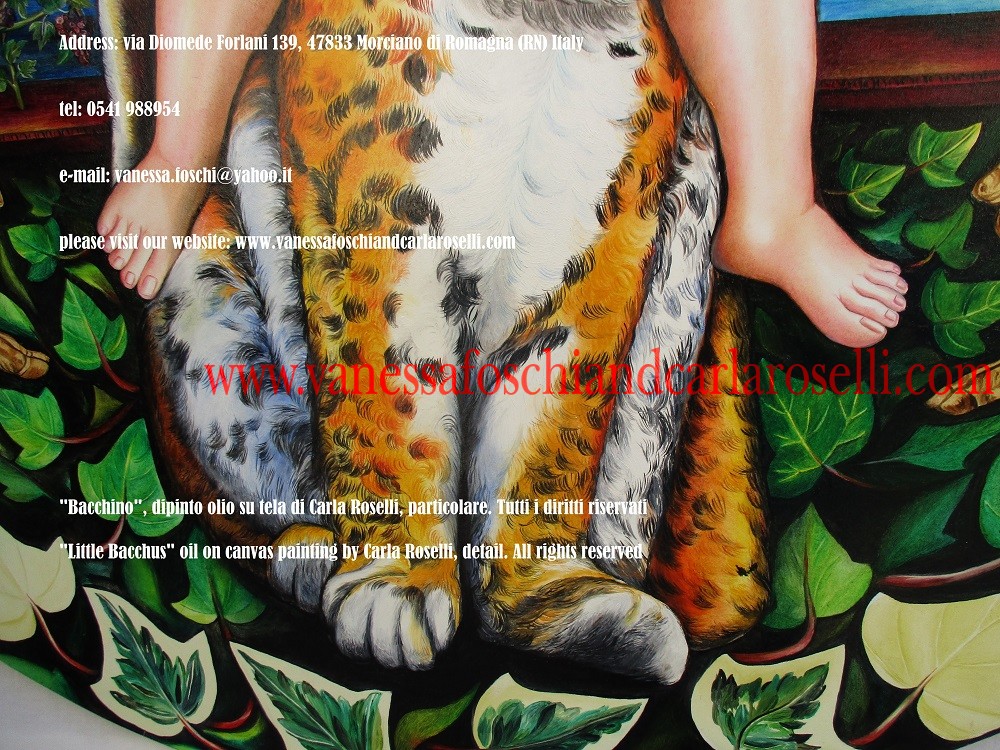