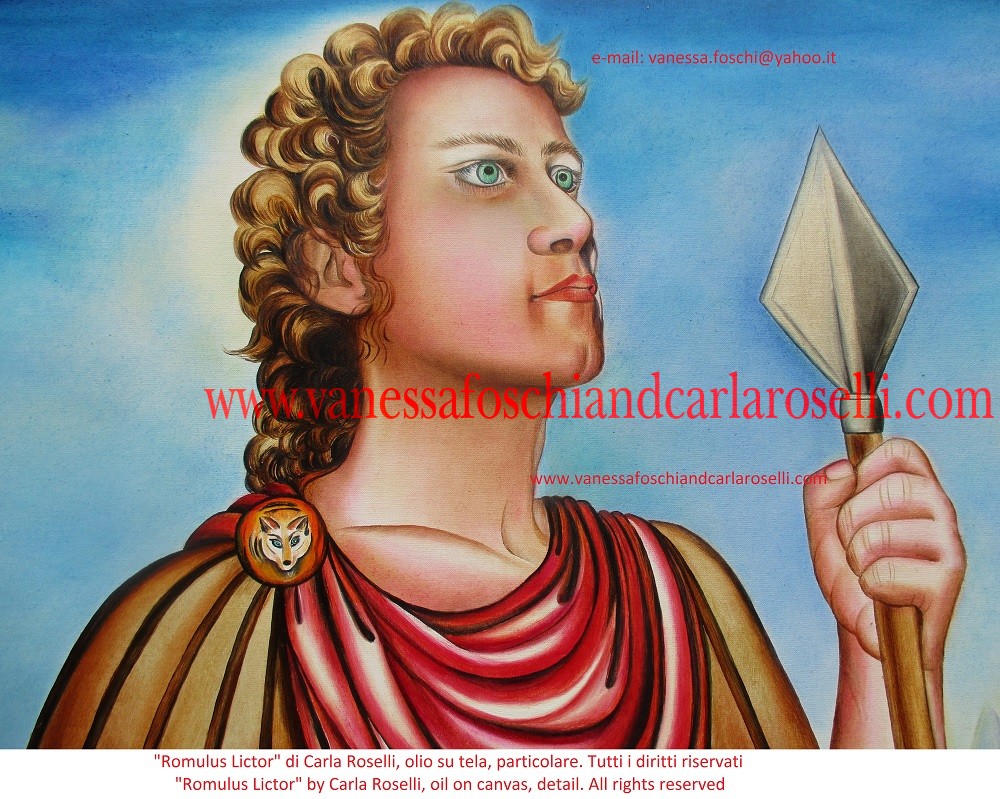 During the Sabine wars he killed the king of Caenina, Acron. He had risen arms against the new people and challenged Romulus to single combat in front of the armies. Romulus conquered him in the duel,  preyed on his armour and routed his troops .  In the history of Rome he was the first to bring back a royal panoply as spoils of honor (spolia opima). Then, according to Livy, he consacretated them by an oak on the Capitol. Here he had vowed a temple to Juppiter Feretrius. This was the  first temple dedicated in Rome.

The privilege of the spolia opima was obtained after slaying by own hand an opposing king. It was granted in Roman history only  to two other generals:  Aulus Cornellius Cossus for the killing of Etruscan king of Veii Lars Tolumnius; Marcus Claudius Marcellus for overthrowing Viridomarus, king of the Insubrian Gauls, in the battle of Clastidium in 222 b.C. (Propertius, IV, 10). 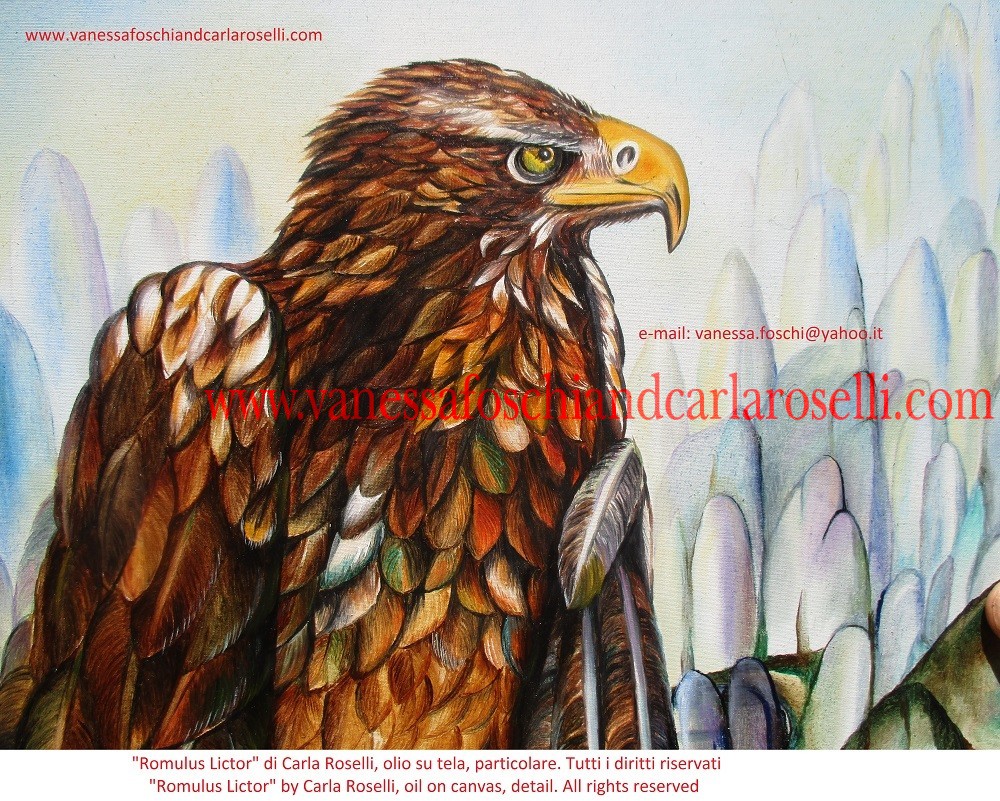 SON OF THE SHE-WOLF

The wolf is a tribute to the legend about the founding of Rome. It holds that the two orphaned brothers that built the city were found in the silty flood of the Tiber; they floated in in a wicker basket near the Ruminal  Fig (Livy, Annals, I);  the discoverer was  a tawny she-wolf who proceeded to suckle them.

Romulus holds a spear which in his times had the same function as  the royal crown, according to Justin (XIV, 3.3).

The corinthian capital forshadows the luster of the future empire.

Fasces and rods symbolize the authority and the power of life and death on subjects and legionaries. 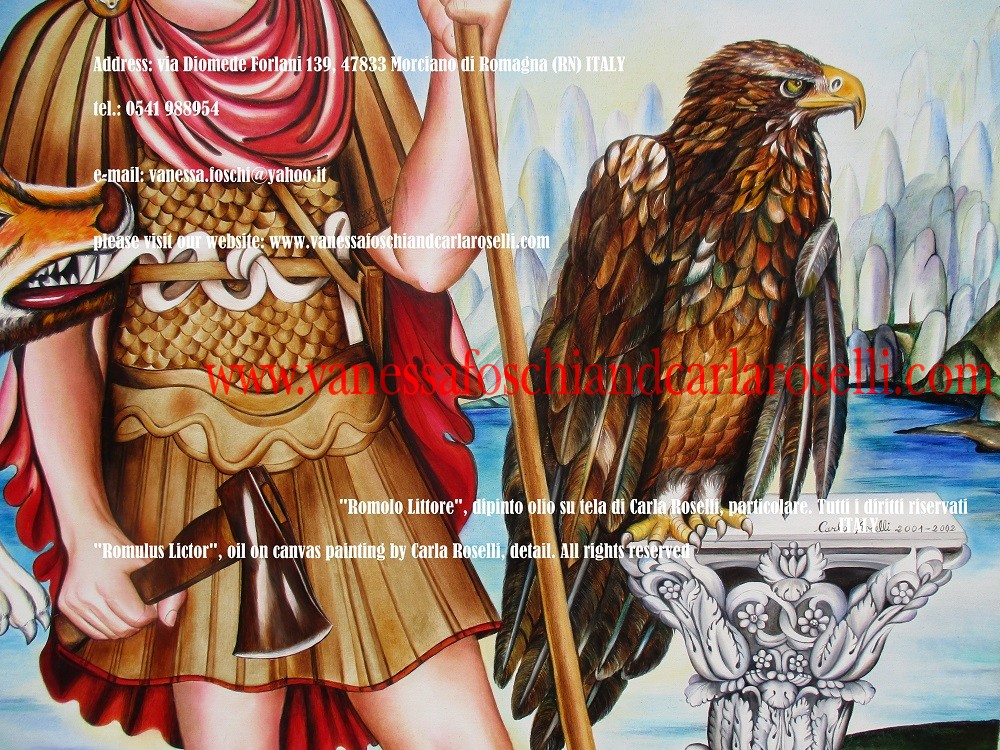 The axe reminds of the Lictors, twelve officers whose order was founded by Romulus (Livy, Annals, I). He was inspired for their number by an Etruscan tradition. Every time an overlord was elected  each one of the twelve Tuscan cities sent an emissary by the new king: they would constantly follow him and impose his will. 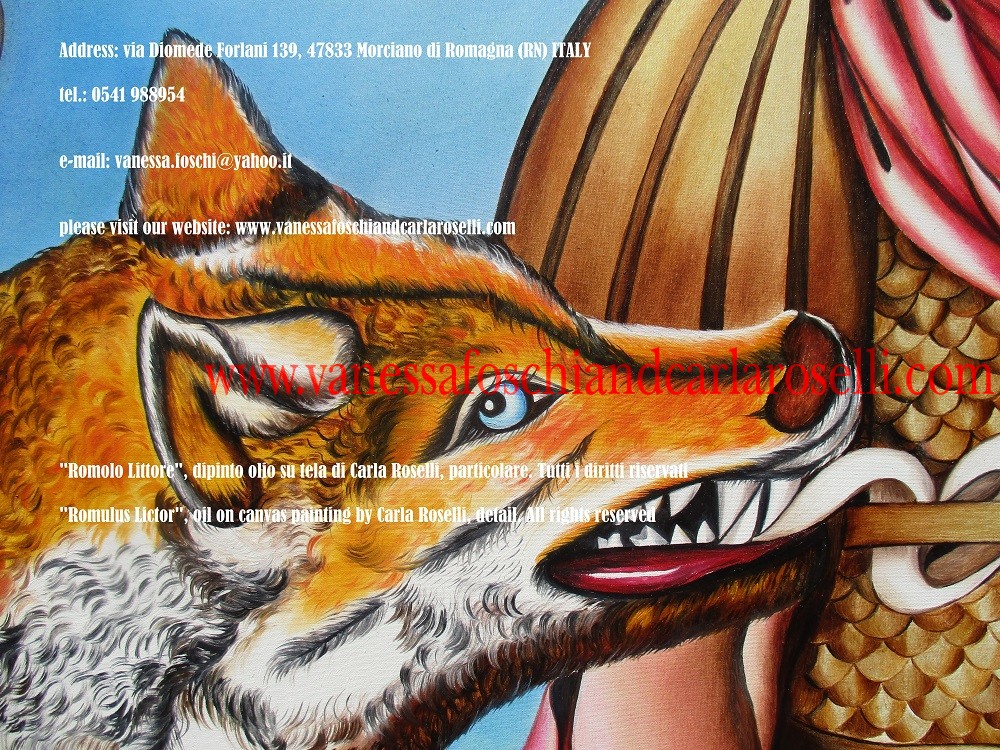 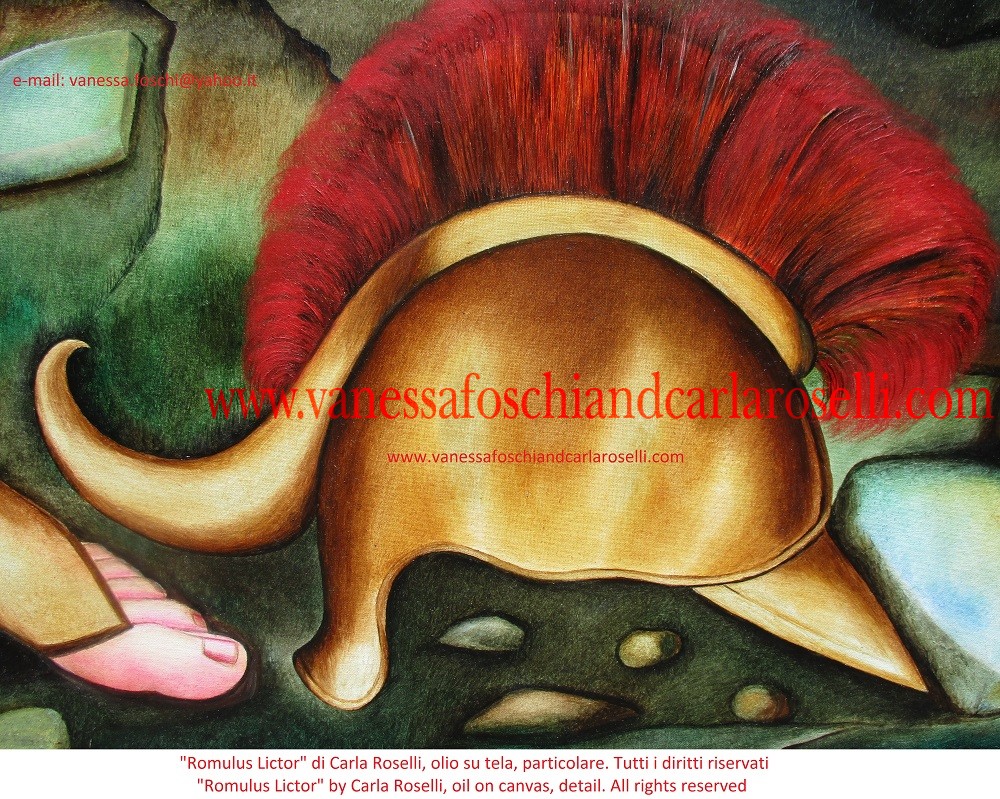 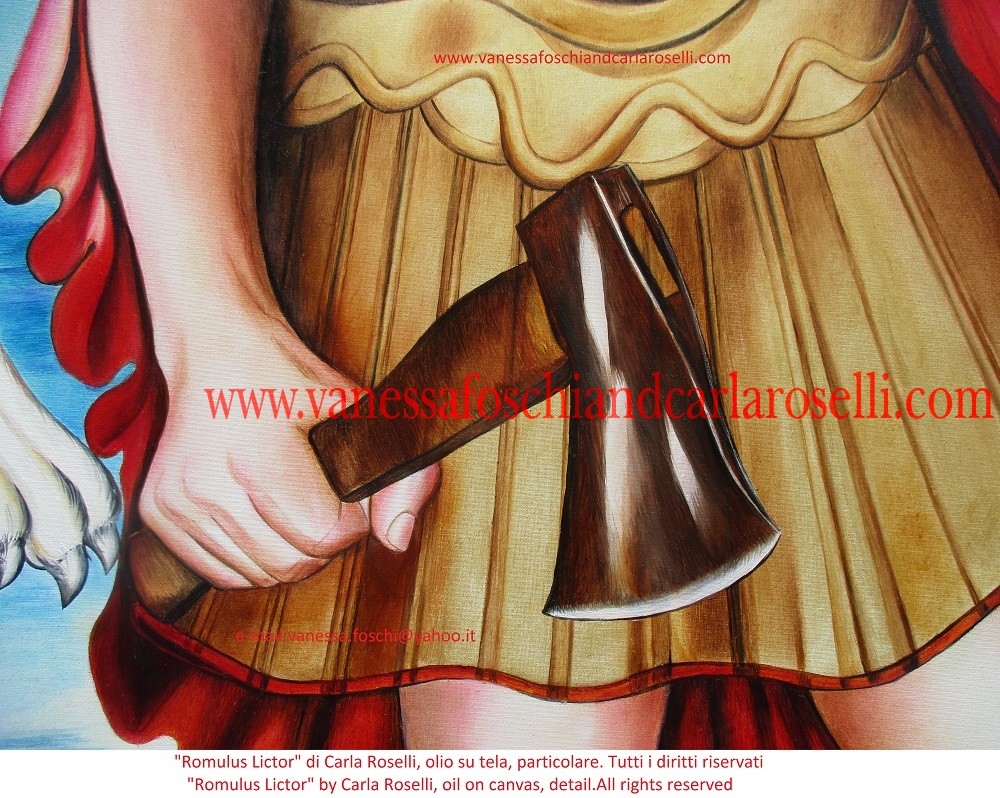 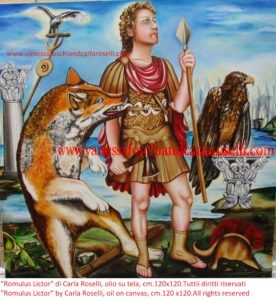